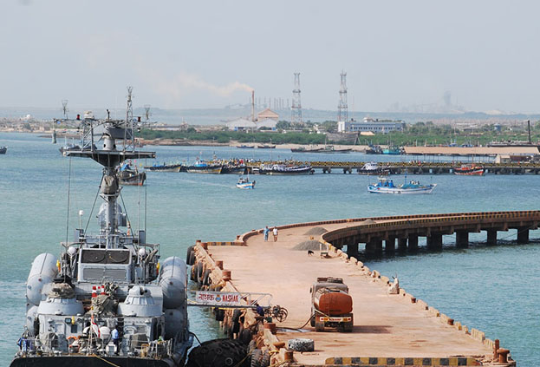 As of 2001 India census, Okha port had a population of 18,847. Males constitute 55% of the population and females 45%. Okha port has an average literacy rate of 60%, higher than the national average of 59.5%: male literacy is 70%, and female literacy is 48%. In Okha port, 13% of the population is under 6 years of age. It is located at the sea coast and Pakistan is quite close to the Port of Okha. Okha has Coast Guard as well as Navy protecting the sea border which has been very helpful during wars in the past. Import - Export business is carried out in a large scale which mainly consists of the aluminium ore bauxite and the chemicals manufactured at Tata Chemicals Limited situated in Mithapur (10 km away)