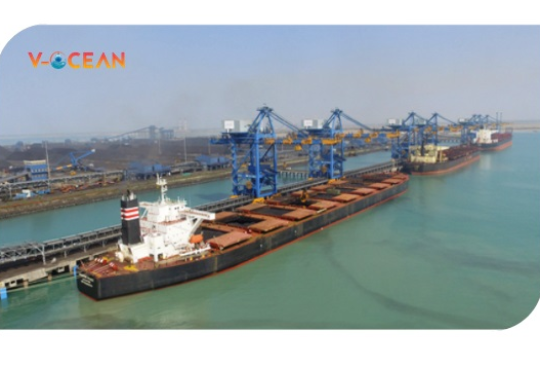 Mundra Port is the largest private port of India located on the north shores of the Gulf of Kutch near Mundra, Kutch district, Gujarat. Formerly it was operated by Mundra Port and Special Economic Zone Limited (MPSEZ) owned by Adani Group[2] which later it was expanded into Adani Ports & SEZ Limited (APSEZ) managing several ports. In 2013�2014, Mundra Port has handled 100 million tonnes of cargo in a year becoming the first Indian port to do so. It also became India's biggest port by cargo handled.