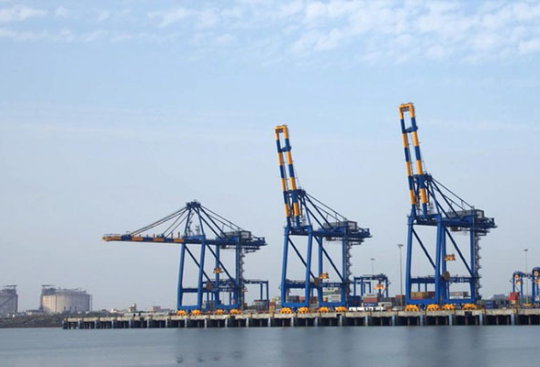 Hazira is a suburb and a transshipment port in the Surat district in the Gujarat state of India. It is the west most end of Surat. Hazira is one of the major ports of India and the most important element of Surat Metropolitan Region. The town is known as the industrial hub of India and is located on the bank of the Tapti River, eight kilometers away from the Arabian Sea. It is a centre for health tourism due to its natural springs, and a base for major industrial and shipping facilities like Essar, Kribhco, Shell, Larsen & Toubro, NTPC, ONGC, GAIL, Gujarat State Petroleum Corporation, UltraTech Cement and Reliance Industries.